Be the first to review this product
$29.99
In stock
SKU
NPR1029VINYLMBW
Add to Wish List Add to Compare
Email
Skip to the end of the images gallery

The ambassadors of melancholic melodic death metal, MARIANAS REST, will re-release their second studio album, Ruins, on vinyl for the first time ever as limited edition on March 12, 2021, via Napalm Records. Unleashed back in April 2019, the Finns’ full-length tells a story of how a mind slowly crumbles, about introversion, putting up mental walls and eventually disappearing inside your own head. Originating from Kotka, Finland, MARIANAS REST brings you heavy riffs and a mood to dive deep inside yourself while everything around is just turning into nothingness. Topped off with grieving melodies, this all-surrounding darkness was recorded, mixed and produced by Teemu Aalto (Insomnium, Omnium Gatherum) at Teemu Aalto Music Productions. The guest appearances of Timo Virkkala (cello) on “Kairos“, “Restitution“ and “Omega“ as well as Insomnium's Niilo Sevänen, who is reciting Lord Byron throughout the album, underline the overall hopeless mood. But in the end, maybe there's still a glimpse of hope appearing somewhere in this overwhelming all melancholic soundscape. 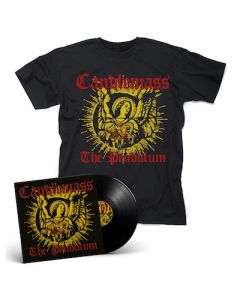 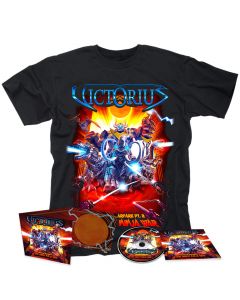