Be the first to review this product
Special Price $4.99 Regular Price $14.99
In stock
SKU
NPR458L
Add to Wish List Add to Compare
Email
VENOMOUS MAXIMUS - Beg Upon The Light/Digipack Limited Edition CD is available to buy in increments of 1
Ltd First Ed 6-Panel Digipack incl. 3 Bonus Tracks A pitch-black and occult ceremony! Dark Occult Metal from Texas
Skip to the end of the images gallery 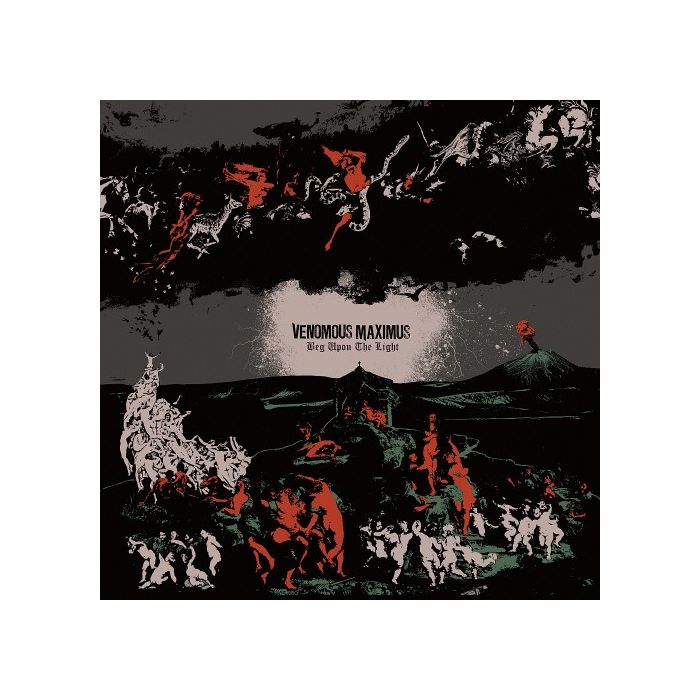 Ltd First Ed 6-Panel Digipack incl. 3 Bonus Tracks A pitch-black and occult ceremony! Dark Occult Metal from Texas The Texan Dark Occult Metal outfit VENOMOUS MAXIMUS has already risen to the status of a heavy hitter in the depths of the underground. Now, the band is ready to finally unleash the album debut "Beg Upon The Light". Heavy riffs, driving drums create the perfect foundation for the musical and lyrical direction of the songs, which bring the enthralled listener into the realm of the Occult! The Texans turn the mix of Stoner and Doom Metal into a deadly blend that goes right into your blood. Pounding and powerful songs filled with energy set the stage for the glorious vocals of frontman Gregg Higgins, the grand marshal who leads through these occult hymns "Beg Upon The Light" combines occultism, heavy riffs and the perfect Stoner attitude to create a pitch-black and irresistible album