Be the first to review this product
$14.99
In stock
SKU
NPR775JC
Add to Wish List Add to Compare
Email 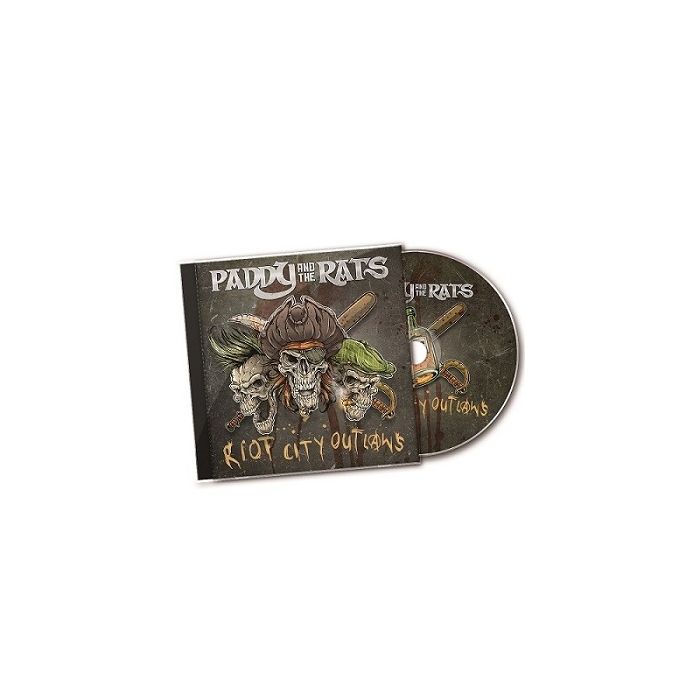 Ireland! Shamrocks, shenanigans, sheep and pubs are some of the many highlights the Emerald Isle has to offer – that`s what Hungarian punk rockers Paddy And The Rats rightfully realized and quickly whipped out their fiddles and plugged in their guitars. Well, it`s one thing to dream about being Irish, but the Miskolc-based six piece instead brooded over a couple of cold beers and rum casks and decided to throw a hefty dose of pirate-isms, polka and gypsy punk into the mix! Their fifth album Riot City Outlaws is a bold step into a bright future boosted by the raw and powerful production by Grammy winner Cameron Webb (Motörhead, Megadeth, Social Distortion, Pennywise). Both Cameron and singer Paddy O`Reilly opted for a cool pop-punk approach in the vein of Green Day – overflowing with catchy choruses and dynamic up-tempo songs, Of course there are pirate party anthems like ‘Join the riot‘ and ‘One last ale‘, as well as shanties such as ‘Black Sails‘ and ‘Where Red Paints the Ocean‘ equally show the darker side of life on the Seven Seas. Tipsy ballads ‘Castaway‘ and ‘Another life‘ plus a healthy infusion of Irish influenced punk rock songs (‘Blow‘, ‘Aerolites‘) round off a grimy pirate party bringing unwashed pub glory straight to your merry home!

9. Where Red Paints The Ocean

10. Where Red Paints The Ocean

13. Children Of The Night