Be the first to review this product
$14.99
In stock
SKU
NARCD074
Add to Wish List Add to Compare
Email
Skip to the end of the images gallery 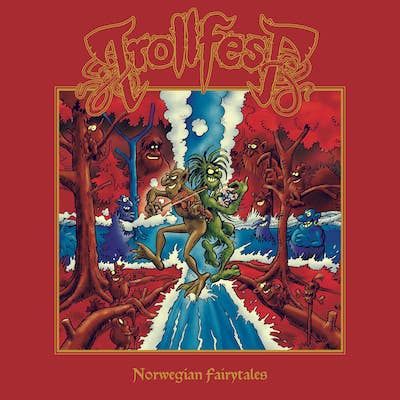 It’s shortly after Christmas, that trollish activities are at their highest, so prepare for some tiny people to deliver “Norwegian Fairytales” to you on January 11th, 2019.
Oslo's folkish madmen TROLLFEST are back with a bag full of hymns and what would be a better thematical choice for their eighth album than than a concept based on various Norwegian myths and legends? Each track tells the story of a different ancient tale from the band's home country, but of course not without the typical trollish pinch that draws the story into the octet's own cosmos. Just take a look at the fast-paced opener "Fjøsnissens Fjaseri" dealing with a troll who, depending on how you treat him around Christmas, either lovingly takes care of your farm animals or simply razes them to the ground. On this song, the band invited their very special guest, BORKNAGAR/ex-DIMMU BORGIR singer ICS Vortex, to perform some joiking, before the other songs on the album grab the listener by the neck and push them through 10 more anthems dealing with the devil, undead sailors and the obvious explanation why you just shouldn't feed any alcohol to your goats.

While the octet masters the seemingly impossible task of combining Norwegian folk music with traditional Balkan sounds - even though the two greatly differ in melody and rhythm - they of course continue to rock the trollish backgardens with their atypical instruments. Armed with an accordion, Hardanger fiddle and even saxophone, TROLLFEST celebrate their way through eleven new tracks and to make it a bit more international, the album was mixed, mastered and engineered by Ryan Huthnance at the Emissary Studios in Newcastle, Australia, while the eye catching cover art once again stems from the pen of Swedish cartoonist Jonas Darnell.
Nevertheless, the true (and still intensely humoristic) Scandinavian troll spirit still proves to be the driving force behind “Norwegian Fairytales” and shows that this troupe never loses their twisted inspiration. With eight full-length releases since their inception in 2004, the trollish powerhouse has constantly kept their fans busy with new music and unrivalled live shows, but this time the lyrics on beer orgies performed in their unique “Trollspråk” have made room to the more ambitious topics and legends that the band wisely chose from their ancestral books and performs in Norwegian language. But fear not, little party goblins! With still tons of high quality entertainment, humour and unbound energy left, TROLLFEST keep their status as the craziest band in the folk metal forest! 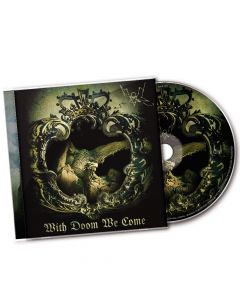