Be the first to review this product
$29.99
Pre Order Release Date 10/28/2022
SKU
NPR1099VINYLG
Add to Wish List Add to Compare
Email
Skip to the end of the images gallery 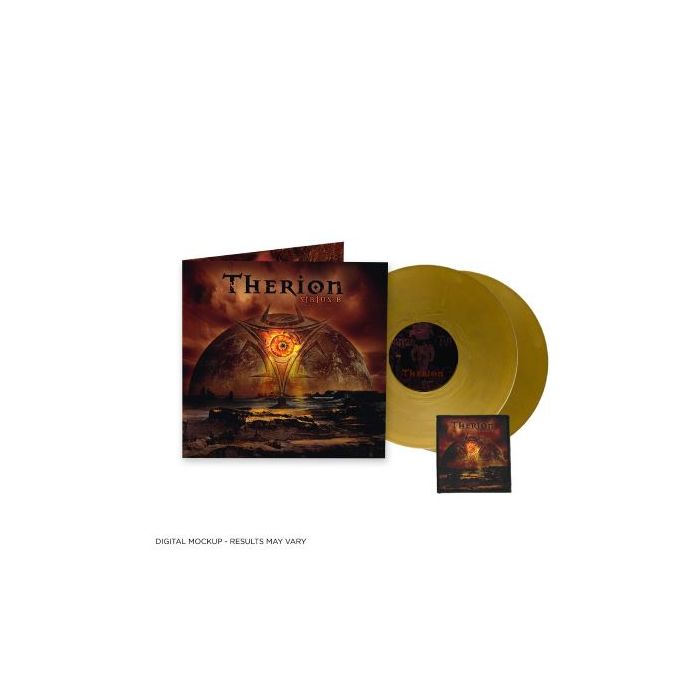 After more than 15 years, Symphonic Metal legends THERION announce the re-release of their 12th album, Sirius B, in LP format via Napalm Records on October 28, 2022. Named after the star of the same name, it was simultaneously released along with its sister album, Lemuria, back in 2004.

Sirius B offers a high variety of musical styles, not only due the incredible talent of Christopher Johnsson, but the 170+ musicians involved in its recording process. The album picks up seamlessly where part one, Lemuria, left off, as opener “Blood Of Kingu” begins as a traditional heavy metal song before evolving into an extremely catchy operatic metal composition in the chorus, characterized by a great female vocal. The following “Son Of The Sun” is also dominated by these female vocals against classic metal riffs combined with catchy melodies. On “The Khlysti Evangelist”, singer Mats Leven takes center stage again and is supported by various male choir backings, giving the song a rather theatrical touch, but nevertheless making it one of the many highlights of this double album. With “Call Of Dagon”, THERION fully unleash all the bombastic elements that were available for this album. THERION convince on Sirius B with finest bombast - versatile yet heavy.

1. The Blood Of Kingu

7. The Wondrous World Of Punt

11. The Voyage Of Gurdjieff (The Fourth Way)