Be the first to review this product
$14.99
In stock
SKU
NPR1166DGS
Add to Wish List Add to Compare
Email
Skip to the end of the images gallery 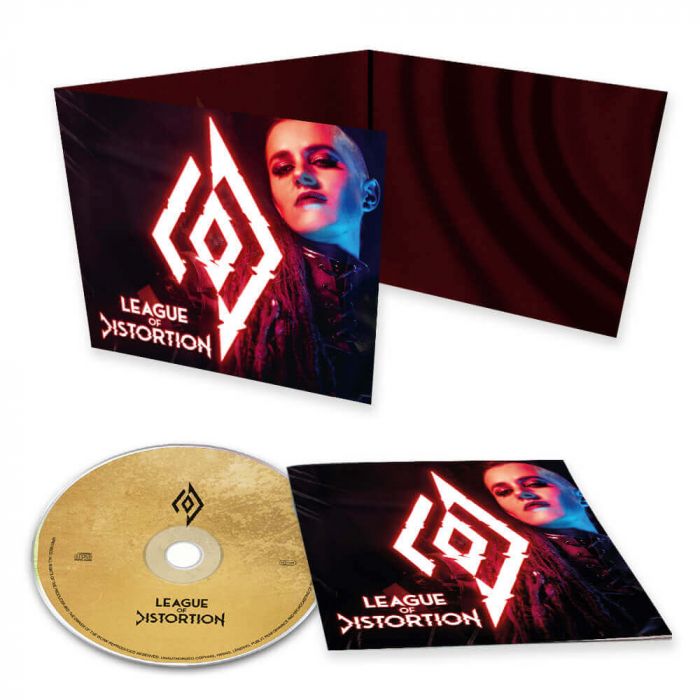 A new force, LEAGUE OF DISTORTION, unite to defeat the shadows cast upon the music scene with their fresh sound and style! Back in 2017, Anna Brunner celebrated remarkable international success with her symphonic metal band Exit Eden, and now, teams up with notorious guitarist Jim Müller - known from his famous heavy metal band Kissin’ Dynamite. Together, they’ve formed one of the hottest modern metal upstart bands of the year, combining their signature sounds to create a powerful soundscape. Now, having recently signed with Napalm Records, they are ready to fight the darkness yet again with their 2022 full-length, self-titled debut album, League of Distortion.

Lifting the dark veil of stagnation caused by the pandemic, LEAGUE OF DISTORTION introduce a new sound that resonates with the uncertainty of this period. “Wolf or Lamb” - the addictive first stand-alone single that introduced the band as a force to be reckoned with - ushered in a completely new era by serving modern, melodic rhythms and technical prowess, igniting the fire of the full album, League Of Distortion. “Rebel By Choice” and “The Bitter End” show the band’s burning passion and dedication to the genre, while “My Revenge” convinces with a catchy hook and bashing guitar riffs. The elemental force of Anna “Ace” Brunner’s distorted, powerful voice merged with chunky riffs played by Jim “Arro” Müller, steady and strong beats delivered by Tino “Aeon” Calmbach and edgy bass by Felix “Ax” Rehmann unifies them, forming a strong blast of an album that cannot be missed! LEAGUE OF DISTORTION showcase the individual musical expertise of its members without ever becoming stagnant or pretentious - unabashedly distorting the order and launching a new age of metal. Songs like “I’m A Bitch” and “It Hurts So Good” abandon all rules, while catchy hooks like in “L.O.D.” mark anthems to claim their new reign. With songs like “Solitary Confinement” and “Sin”, the band shows their lyrical depth by turning their sadness into a powerful war cry, providing expressive pieces and hymns for the lost.

LEAGUE OF DISTORTION convince with classic pieces featuring strong instrumentals, on-the-nose lyrics and energetic vocals, proving their penchant to stand out from the pack. They’ve transformed their frustration into a musical statement beyond compare. With “Do You Really Think I Fucking Care”, the band lands the final punch of the album to make the message clear: LEAGUE OF DISTORTION are here to set the scene ablaze!