LACRIMAS PROFUNDERE - How To Shroud Yourself With Night / CLEAR LP

Be the first to review this product
$24.99
In stock
SKU
SPV 245971 LP
Add to Wish List Add to Compare
Email
Skip to the end of the images gallery 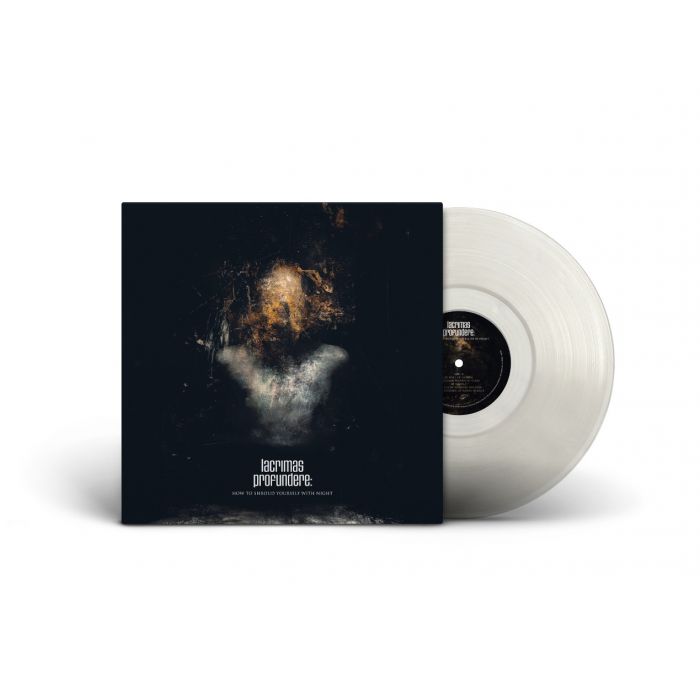 It is often the most difficult challenges that make musicians grow artistically. For Lacrimas Profundere, one of the most innovative and successful German dark metal bands of the present, it was in the case of the new studio album 'How To Shroud Yourself With Night' (VÖ. 26. August 2022, Steamhammer/SPV) mainly about the supposed burden of their 2019 success disc 'Bleeding The Stars'.

Because their record had indirectly raised huge expectations: "Album of the Month" in 'Metal Hammer', 'Orkus' and 'Dead Rhetoric', top 10 placements in the other major magazines, plus chart entry as well as the group's most successful headlining tour to date. Who wouldn't automatically flirt with a sequel story? "For me, it was about freeing myself from the pressure of success and trying to raise the bar, stay ahead of the game, challenge myself and stay original, instead of playing it safe and writing some kind of 'Bleeding Part II,'" explains guitarist, band founder and main composer Oliver Nikolas Schmid, who once again found indispensable support in his brother and lyricist Christopher Schmid.

"The new songs sound fresh, wicked, surprising and more passionate than ever before. In addition, it's the second chapter with our singer Julian, who inspired us and contributed wonderfully," Schmid continues. "We understood what he liked and broke away from old ways of thinking and doing things. We've never been such a sworn unit and willing to expand our own sound. That's precisely why 'How To Shroud Yourself With Night' has become our boldest work by far."

1. Wall Of Gloom
2. A Cloak Woven Of Stars
3. Nebula
4. In A Lengthening Shadow
5. The Curtain Of White Silence
6. Unseen
7. The Vastness Of Infinity
8. To Disappear In You
9. An Invisible Beginning
10. Shroud Of Night