Be the first to review this product
$10.99
In stock
SKU
NPR714SINGLEG
Add to Wish List Add to Compare
Email 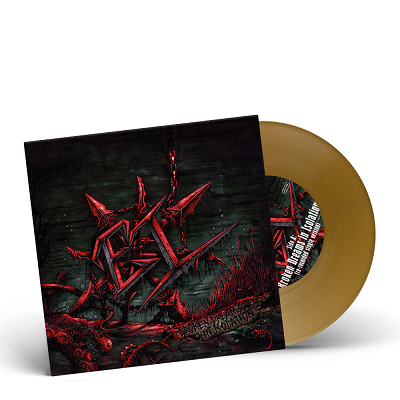 ‘Broken Dreams In Isolation’ is without any doubt the song that stands out the most of our entire repertoire so far. Most of our songs tend to be fast as hell, but “Broken Dreams” is a slower one with a lot more melody and groove. It also has a cool tempo switch and one of the most touching solos ever written by Evil Invaders.

We wanted to release this track as a single a while ago, but since we weren’t entirely satisfied with the overall sound of our latest album ‘Feed Me Violence’ we thought ‘Broken Dreams In Isolation’ deserved better, so we re-recorded, re-mixed it and had it mastered at Fascination Street Studios (Arch Enemy, Kreator, Behemoth,…) to give the track the sound it deserves. The result definitely took our sound to a higher level and we hope people will really hear the difference between the previous version and the new one.

Apart from the music, the lyrics of this song tell a slightly “deeper” story than most of our lyrics, so we also needed a special video clip for this one. No band performance this time, but some darker stuff with some cool story lines. Coming up with a cool concept was a real challenge, but very exciting to be part of!

The single will be released on 7” vinyl and the B-side will be a cover track: ‘The Unholy’ of the mighty Savatage! We’re huge fans, but covering Savatage properly can be a real pain hehe! We gave the song our own touch but managed to keep the dark and wide sound of the original version. Check it out!