Be the first to review this product
$14.99
In stock
SKU
72586
Add to Wish List Add to Compare
Email
Skip to the end of the images gallery 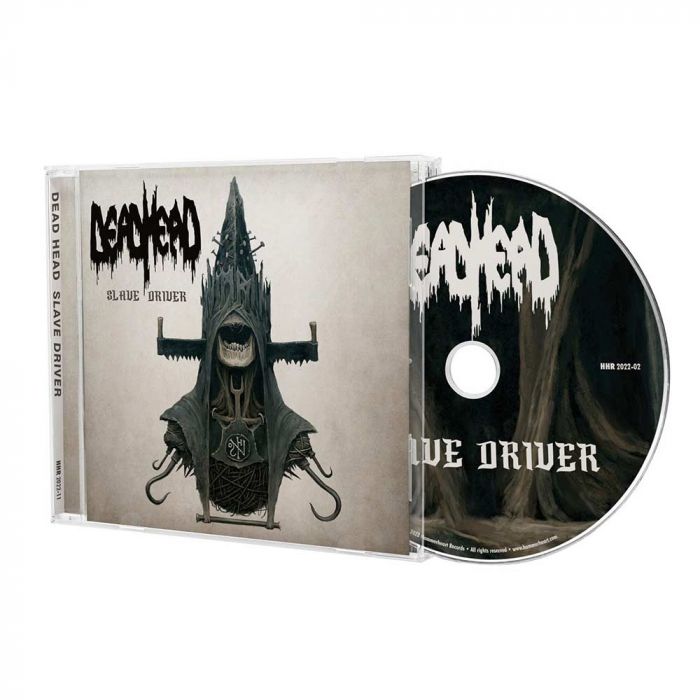 “Slave Driver” pushes the boundaries of Thrash Metal once again, intense and aggressive in its purest form available!

Dead Head have been around since the late 80`s which was a golden and extremely fertile period for Thrash Metal, and it shows. Their style is just about as aggressive as Thrash can logically get before having to refer to them as death metal whilst thankfully managing to retaining a slight 80`s vibe. Everything about “Slave Driver” just ooozes unadulterated seething hatred, and aural violence.

The raging, savage, heavy yet scything hyperfast guitar riffs are so crammed with maliciousness that you instantly realise that Slayer have in all reality been effectively dead for years. The vocals which easily rival any Thrash band in history for delivering snarling savage hatred, should show Kreator what they have been incapable of producing since Pleasure to Kill. The fast cannon like drumming is unrepentant, and forms a perfect malevolent percussive backing for this brutal aural bashing. The mix is just as professional as you could want from a Thrash album, the guitar tone is crunchy and vocals are just right: spitting hatred and virtue in the same breath. If the band’s previous albums haven’t cemented them into the annals of Thrashistory just yet, “Slave Driver” will seal the deal. It’s an impressive statement from an overlooked band.

Dead Head have remained very consistant with their releasing of very high quality Thrash/Death music for over thirty years. Hail the best Thrash band around today, they have been criminally overlooked for far too long.