Be the first to review this product
Special Price $20.99 Regular Price $22.99
Out of stock
SKU
VILELP757
Add to Wish List
Email
Skip to the end of the images gallery 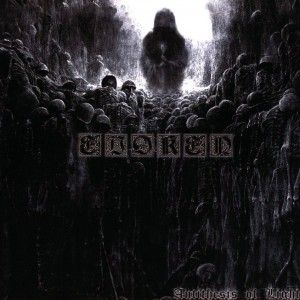 Evoken is a funeral doom metal band from New Jersey USA, and were among the first wave of US doom/death bands, along with Novembers Doom. The band's style draws comparisons to acts such as early My Dying Bride & also Finnish band Thergothon - the name Evoken was even taken from an old Thergothon demo track. The band was founded by guitarist Nick Orlando under the name Funereus in April 1992 and along with Rob (Bass/Vocals); Phil (Guitar) and Vince (Drums), they recorded what would be the only Funereus release, a rehearsal demo. The band eventually changed to Evoken in 1994 after several line-up changes. 'Antithesis of Light', the band's third studio album, was recorded at Hermit Hole in New Jersey with Bumblefoot (of Guns N Roses fame). It was originally released in 2005 and continues with Evoken's trademark funeral doom sound; a thick wall of pounding guitar riffs, assisted by layers of keyboard effects to heighten the overall dark ambience of this doom /death metal classic. This edition of 'Antithesis of light' contains an extra song from a promo demo from 2002 made on a 4-track recorder, which was never released and is extremely rare. Evoken continues to be active, and will be playing the well-known Dutch Roadburn festival in 2011, as well as more live work and studio material to come in future. 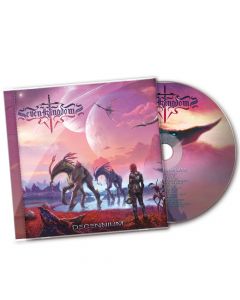