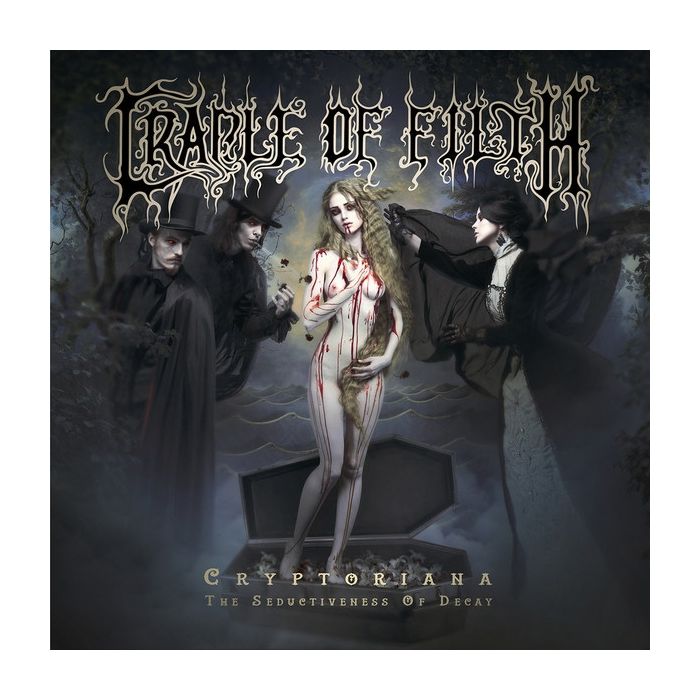 Sometimes, it seems, the monsters are very real. We live in increasingly dark times and it is the duty of the most inspirational musicians to create a soundtrack that provides both escapism and a jolting dose of real world grit. For the last quarter of a century, CRADLE OF FILTH have assumed the role of dark metal diarists, exploring the amorphous horrors that lurk in humanity’s shadows and reveling in the opulence of mortal sin across centuries powered by bleak romance and a lust for the sensually grotesque.

Formed in England in 1991, CRADLE OF FILTH generated an immediate underground buzz with their early demos, before stamping their authority on the UK’s burgeoning black and death metal underground with their debut album, »The Principle Of Evil Made Flesh«, in 1994. A monstrous blend of ornamental terror and pummeling vitriol, it marked the band out as a unique proposition and one of few modern bands capable of driving heavy music forward while honoring its traditions. Not surprisingly, a combination of front man Dani Filth’s insanely evocative lyrics and the intensely detailed and the compelling imagery that the band harnessed with great skill have since ensured that CRADLE’s music has both endured and expanded over the best part of three decades. A relentless series of invigorating and enthralling studio albums have kept the band firmly in the bloodshot public eye and despite numerous line-up shuffles and subtle stylistic shifts over the years, CRADLE OF FILTH have slithered from grand triumph to grand triumph.

The 21st century has seen the band enhance their allure and fortify their artistic achievements. Early albums like »Dusk…And Her Embrace« (1996) and »Cruelty And The Beast« (1998) are widely regarded as classics, but it is more recent feral fare like 2008’s grim conceptual splurge »Godspeed On The Devil’s Thunder« and, most recently, »Hammer Of The Witches« (2015), the band’s debut for current label Nuclear Blast, that have cemented and sealed Dani and his cohorts’ reputation and renown. Currently enjoying a collective creative renaissance that is driving them to new heights of elegant fury, the band - Dani, guitarists Ashok and Richard Shaw, bassist Daniel Firth, keyboard & vocal siren Lindsay Schoolcraft and mercurial percussive mainstay Martin Škaroupka - are more potent and devastating than ever before as they approach the release of their latest and perhaps greatest studio effort, »Cryptoriana - The Seductiveness Of Decay«.

“This album represents an onwards and upwards drive for the band, building on the success of »Hammer Of The Witches« and pushing further with the venomous musicology to create something that is both unique and loyal to our previous incarnations,” Dani Filth states. “We mutate, breed and run totally amok with this album. Plus we covered 'Alison Hell' by ANNIHILATOR, a thrash metal classic that has been on our proverbial lips for centuries!”

A monstrous tour-de-force of utterly distinctive but reassuringly destructive heavy fucking metal, laced with spectral disquiet but delivered with muscular aplomb, »Cryptoriana« was conceived during the summer of 2016 as CRADLE OF FILTH convened in Ashok and Škaroupka’s native Czech Republic, before being meticulously pieced together by the band and now long-time producer Scott Atkins back in the UK during the first half of 2017. From the exhilarating melodrama of opening two-fisted salvo 'Exquisite Torments Await' and 'Heartbreak And Seance' onwards, the twelfth CRADLE album manifestly represents yet another wild expansion of the band’s sonic manifesto across nine epic and elaborate new anti-hymns and, as Dani mentions, a fervent blast through Canadian thrash legends ANNIHILATOR’s ageless 'Alison Hell'. From 'Achingly Beautiful'’s synapse-scorching holocaust of the heart to the flesh-ripping, thrash-driven grandeur of 'Wester, Vespertine' and the pitch-black lysergic gargoyle attack of 'You Will Know The Lion By His Claw', »Cryptoriana« is simply the most musically and visually startling record in CRADLE’s history; one that grittily upholds the band’s tradition of conjuring warped narratives that linger long in the memory.

“The album, both lyrically and artistically, is infused with Victorian gothic horror and thus the title is a reflection of that,” Dani explains. “»Cryptoriana« implies the Victorians’ infatuation with the supernatural, the grave and the fervently ghoulish. The subtitle, »The Seductiveness Of Decay«, further cements the attraction to death and the glittering lengthy process of self-annihilation. To immerse myself in the subject matter and courtesy of his good friend H.G. Wells, I built a time machine and went to live amongst the clandestine underworld of late Victorian England...”

Due to be unveiled on September 22, 2017, »Cryptoriana - The Seductiveness Of Decay« is exactly the kind of commanding artistic statement that fans of this indestructible British metal institution have grown to expect. The difference this time is that CRADLE OF FILTH appear to have clicked into a new, higher gear and the results are fascinating, terrifying and electrifying in equal measure. As they prepare to introduce these stunning new songs to their dedicated global fan base, CRADLE OF FILTH have never been more powerful or their excellence so undeniable.

“The general vibe in the band is exceedingly positive as we gear up for the album’s release,” Daniconcludes. “We have an amazing album and video under our collective belts, a new manager who has religiously prepared an upcoming world tour for everyone to look forward to and the band are still white hot and collectively firing on all cylinders, much like a ballistic missile fired upon Horsell Common, in the last years of the 19th century when human affairs were being watched from the timeless worlds of space!”

5 The Seductiveness Of Decay

7 You Will Know The Lion By His Claw

8 Death And The Maiden

9 The Night At Catafalque Manor 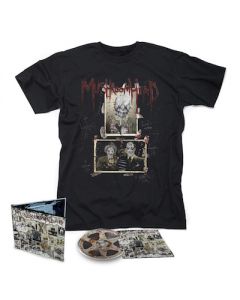 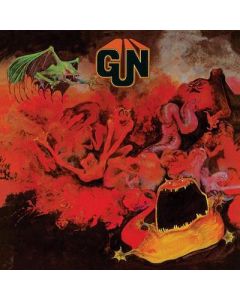 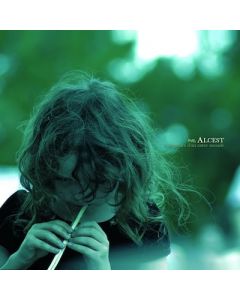 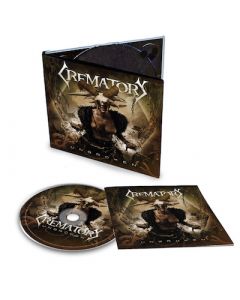